Breaking News
How to Stay Focused When Planning and Hosting...
How You Can Know if You Really Need...
A Close Look at the Top Uses and...
Startup Business Management: How to Effectively Avoid Common...
4 Steps to Taking Your Event Outdoors
Questions to Ask When Interviewing Potential Physicians for...
Cider-Braised Chicken & Mushrooms
Deadline extended for 100 Best Places to Work...
Trump impeachment: Senate leaders spar over trial
Trump faces impeachment on a grave day in...
Home World Women to be guaranteed access to abortion in Argentina rape cases
World

Women to be guaranteed access to abortion in Argentina rape cases 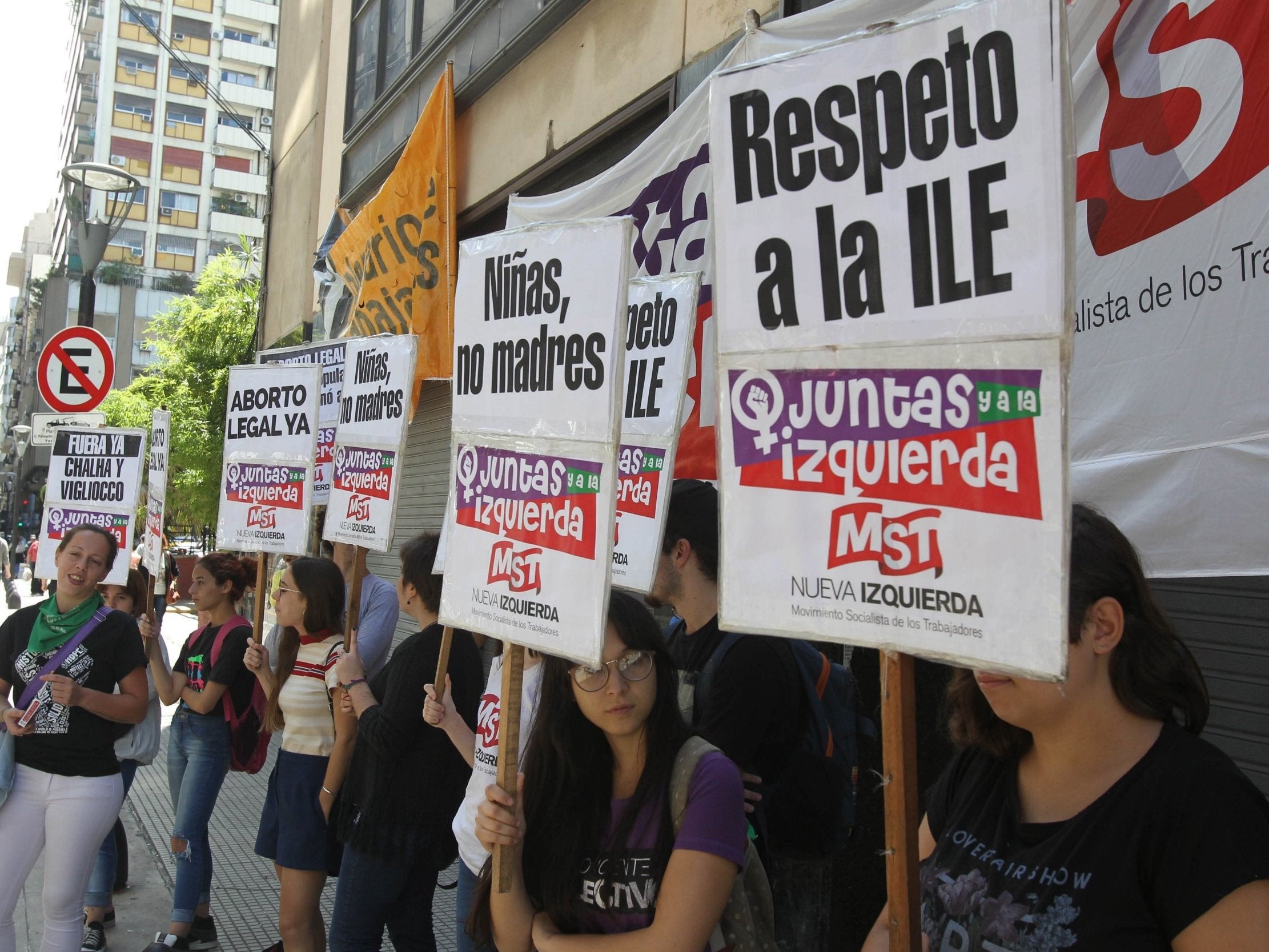 Women in Argentina who want to terminate a pregnancy which is the result of rape will be guaranteed the right to do so under new measures.

Abortion is permitted in Argentina if the pregnancy is due to rape or in instances when the mother’s health or life is in danger, but campaigners say the law is not consistently implemented.

New measures which come into force on Friday will curb the power hospitals hold in choosing whether to provide women with abortions.

Gines Gonzalez Garcia, a health minister, said: “The protocol will be used as a guide, especially in cases where the law clearly allows for the interruption of pregnancies”.

Abortion rights activists argue local hospitals held too much clout in choosing which cases of abortion were legally permitted.

Latin America has some of the world’s most stringent restrictions on abortion. Only Uruguay, Cuba and Guyana have legalised the procedure in the region, according to the Center for Reproductive Rights.

A handful of countries – most of whom are in Central America – ban abortion under any circumstances.

Argentina’s former health secretary quit last month after a protocol he had signed which was aimed at making abortion more available was revoked by then-President Mauricio Macri – a conservative defeated by Mr Fernandez in the October election.

Mr Fernandez has said he is in favour of abortion rights.

Proposals to widen the availability of abortion have been batted back and forth between the lower house and Senate for years.

The Ministry of Health estimates there are at least 350,000 illegal abortions in the country every year but international human rights groups say the number could be higher in reality.

Forced child pregnancy is a big problem in Argentina and wider Latin America.

Tens of thousands of girls in the region become pregnant after being raped every year, according to research by the Committee for Latin America and the Caribbean for the Defence of Women’s Rights (Cladem) covering 14 countries.