Breaking News
How to Stay Focused When Planning and Hosting...
How You Can Know if You Really Need...
A Close Look at the Top Uses and...
Startup Business Management: How to Effectively Avoid Common...
4 Steps to Taking Your Event Outdoors
Questions to Ask When Interviewing Potential Physicians for...
Cider-Braised Chicken & Mushrooms
Deadline extended for 100 Best Places to Work...
Trump impeachment: Senate leaders spar over trial
Trump faces impeachment on a grave day in...
Home World Who is Benny Gantz? — RT World News
World 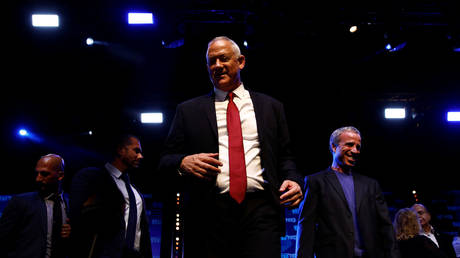 Benny Gantz, the ex-IDF commander who is set to end Prime Minister Benjamin Netanyahu’s 13-year tenure, is mostly an unknown entity outside of Israel. Who is he and what can we expect from a Gantz government?

Gantz, 60, spent 38 years in the Israel Defense Forces, serving as chief of general staff of the IDF from 2011 to 2015. He retired from the military in 2015 at the rank of Lieutenant General. He is best known for his leadership role in Israel’s highly controversial assaults on Gaza in 2012 and 2014.

In 2018, he formed a new political party, Israel Resilience. A year later, his party joined forces with the moderate ‘There is a Future’ party to create a centrist bloc. Named after the colors of the Israeli flag, the ‘Blue and White’ bloc won 35 seats in the Knesset in April’s election, stripping seats from Netanyahu’s center-right coalition. Instead of stepping down as prime minister, Netanyahu called for new elections in September. The gamble didn’t pay off, with Blue and White securing 33 seats over Likud’s 31.

On the same day that Gantz came aheadin the polls, a Dutch court heard preliminary arguments to decide whether to move forward with a lawsuit over an IDF strike on Bureij refugee camp in Gaza on July 20, 2014. As one of the defendants, Gantz is accused by the plaintiff of killing six of his relatives.

With Gantz leading the military, Israel launched its 2014 war on Gaza, known as Operation Protective Edge, in response to rocket shelling of Israeli territories by Hamas militants. During the 51-day operation, Israeli forces reportedly killed close to 2,100 Palestinians – 1,500 of them civilians, with more than 500 children among the dead.

Even with his military background, Gantz has signaled that he does not support some of the more hardline policies pursued by Netanyahu, who vowed to annex Israeli settlements in the Jordan Valley and Hebron if he was victorious in Tuesday’s election. Gantz has even said that he would consider territorial concessions to the Palestinians – so long as they do not interfere with Israel’s security interests. But he has avoided the question of Palestinian statehood, and has said that Israel will never leave the occupied Golan Heights.

His position on Iran mirrors Netanyahu’s. He has vowed to never allow Tehran to become a regional power, and said he would not hesitate to use force “if and when needed.”

Blue and White has taken a more liberal approach on social issues. They have called for enacting civil union law, so that every couple can “formalize their partnership in line with their beliefs.” The political coalition has also outlined a number of social programs, including subsidies for daycare centers and increased spending on education. Special attention will be given to developing math, science, and English language programs across the country. The party also promised to develop a summer school program.

On the issue of religion, Blue and White said they would allow limited public transportation on Shabbat, in order to preserve the sanctity of the holy day while also providing for the needs of all citizens.

With the current prime minister facing three corruption indictments pending a hearing, fighting corruption has been a cornerstone of Gantz’s campaign. He has promised to enact legislation that would prevent people convicted of a crime involving “moral turpitude” from serving in political office. The bloc has also called for a new law that prevents political parties from misusing funds.

You need to control 61 seats in the Knesset in order to form a ruling government, meaning that Blue and White will have to join forces with other parties. It’s likely that they will make peace with their longtime rival, Likud, but Gantz has said this is only possible if Netanyahu is not part of the new government.

Blue and White could also find support from more liberal elements in the Knesset, as well as the Arab-dominated Joint List, which won 13 seats on Tuesday – a record for the bloc.