Breaking News
Audi A6 E-Tron concept is a sleek EV...
US Coronavirus: In the race between Covid-19 vaccines...
South Africa: Cape Town fire damages nearly 200-year-old...
Covid-19 vaccine demand is slowing in parts of...
The Oscars Are a Week Away, but How...
Best Photo Stories On Black Lives Matter, COVID,...
Feeling Lonely in a Relationship: What You Can...
Gujarat sees highest 10,340 COVID-19 cases in day;...
What to do during an active shooter situation:...
How cancer put me off joining Amazon union
Home Technology Via is launching an on-demand public transit network in the city of Cupertino – TechCrunch
Technology

Shuttle startup Via and the city of Cupertino are launching an on-demand public transportation network, the latest example of municipalities trying out alternatives to traditional buses.

The aim is for these on-demand shuttles, which will start with six vans branded with the city of Cupertino logo, to provide more efficient connections to CalTrain and increase access to public transit across the city.

The on-demand shuttle service, which begins October 29, will eventually grow to 10 vehicles and include a wheelchair accessible vehicle. Avis Budget Group, another partner in this service, is the fleet management service that will maintain the vehicles.

In Cupertino, residents and commuters can use the Via app or a phone reservation system to hail a shuttle. The network will span the entire 11-square-mile city with a satellite zone surrounding the Sunnyvale CalTrain station for commuters, Via said Monday. Cupertino Mayor Steven Scharf views the Via on-demand service as the next generation of “what public transportation can be, allowing us to increase mobility while taking a step toward our larger goal of reducing traffic congestion.” 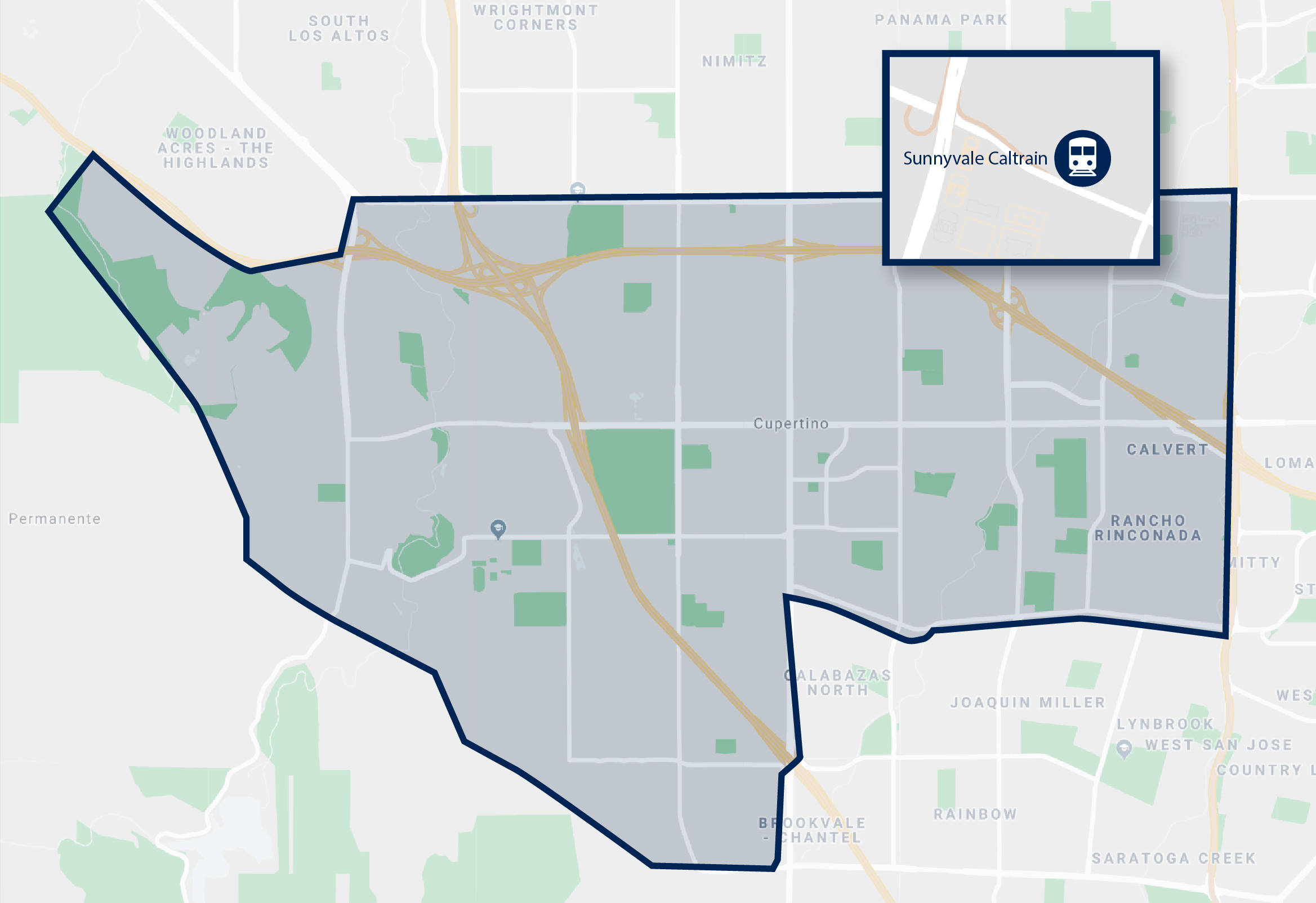 Via has two sides to its business. The company operates consumer-facing shuttles in Chicago, Washington, D.C. and New York.

Via also partners with cities and transportation authorities, giving clients access to their platform to deploy their own shuttles. The city of Cupertino, home to Apple, SeaGate Technologies and numerous other software and tech-related companies, is one example of this. Austin’s Capital Metropolitan Transportation Authority also uses the Via platform to power the city’s Pickup service. And Via’s platform is  used by Arriva  Bus UK, a Deutsche Bahn Company, for a first- and last-mile service connecting commuters to a high-speed train station in Kent, U.K.

In January, Via announced it was partnering with Los Angeles as part of a pilot program that will give people rides to three busy public transit stations. Via claims it now has more than 80 launched and pending deployments in over 20 countries, providing more than 60 million rides to date.

While city leaders appear increasingly open to experimenting with on-demand shuttles, success in this niche business isn’t guaranteed. For instance, Chariot, which was acquired by Ford, shut down its operations in San Francisco, New York and the UK in early 2019.