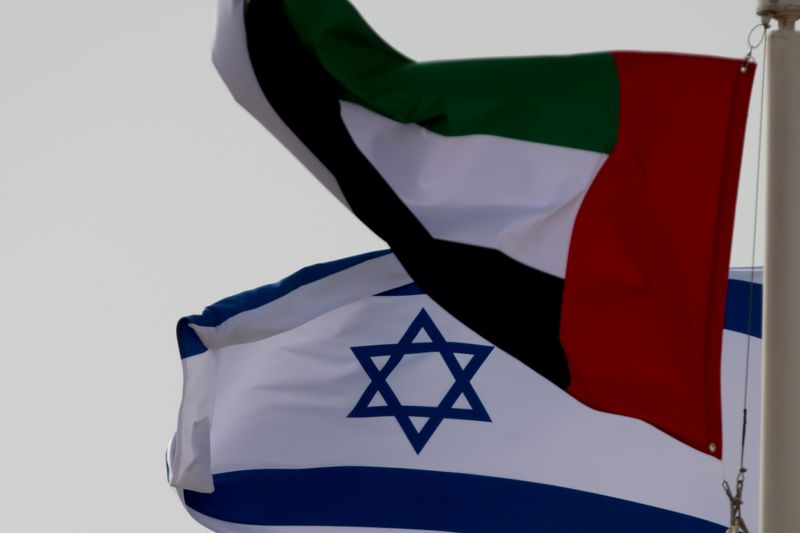 
DUBAI/JERUSALEM (Reuters) – The United Arab Emirates and Israel have reached a preliminary agreement on avoiding double taxation, as part of moves to encourage investments between the two countries, the UAE finance ministry said on Thursday.

Israel and the UAE signed a normalisation deal on Sept. 15, forging formal diplomatic ties. Several commercial agreements have been signed between the two countries since mid-August, when they agreed to normalise relations.

“There is a preliminary agreement between both countries to start negotiations with Israel on Double Taxation Avoidance Agreement soon,” the UAE finance ministry said in a statement, citing undersecretary Younis Haji Al Khoori.

“The Ministry of Finance is keen to expand its international relations network by signing double taxation avoidance agreements and agreements to protect and encourage investments,” Khoori said.

Such tax treaties help prevent similar taxes being imposed by two countries on the same tax payer, and are aimed at encouraging the exchange of goods, services and capital.

The UAE has around 100 double taxation agreements with most of its trade partners.

“The first round of negotiations on an agreement to protect and encourage investment confirms the two countries’ efforts to build investment partnerships in various fields,” said Khoori.

In a speech to Israel’s parliament ahead of a vote on Thursday that would ratify the normalisation accord with the UAE, Foreign Minister Gabi Ashkenazi said Abu Dhabi was expected to send its first official delegation to Israel next week.

A source briefed on the planning said the delegation would come on Tuesday. The UAE has yet to confirm this.

Ashkenazi said agreements were being prepared that would enable direct flights by Israeli airlines to the UAE and the opening of new markets for Israeli technology, as well as the establishment of official Israeli representative offices in the Gulf.

“I hope we will be able to sign some (of those agreements) next week and that we will soon see tourists and business people visiting both countries and touring the streets of Abu Dhabi and the beach, as well as in Jerusalem, our capital, the beaches of Tel Aviv and throughout the State of Israel.”

Nigeria slumps back into recession as Covid bites

Wealthy investors get serious about climate change, without...

Saudi Arabia Aims Next to Be Largest Hydrogen...