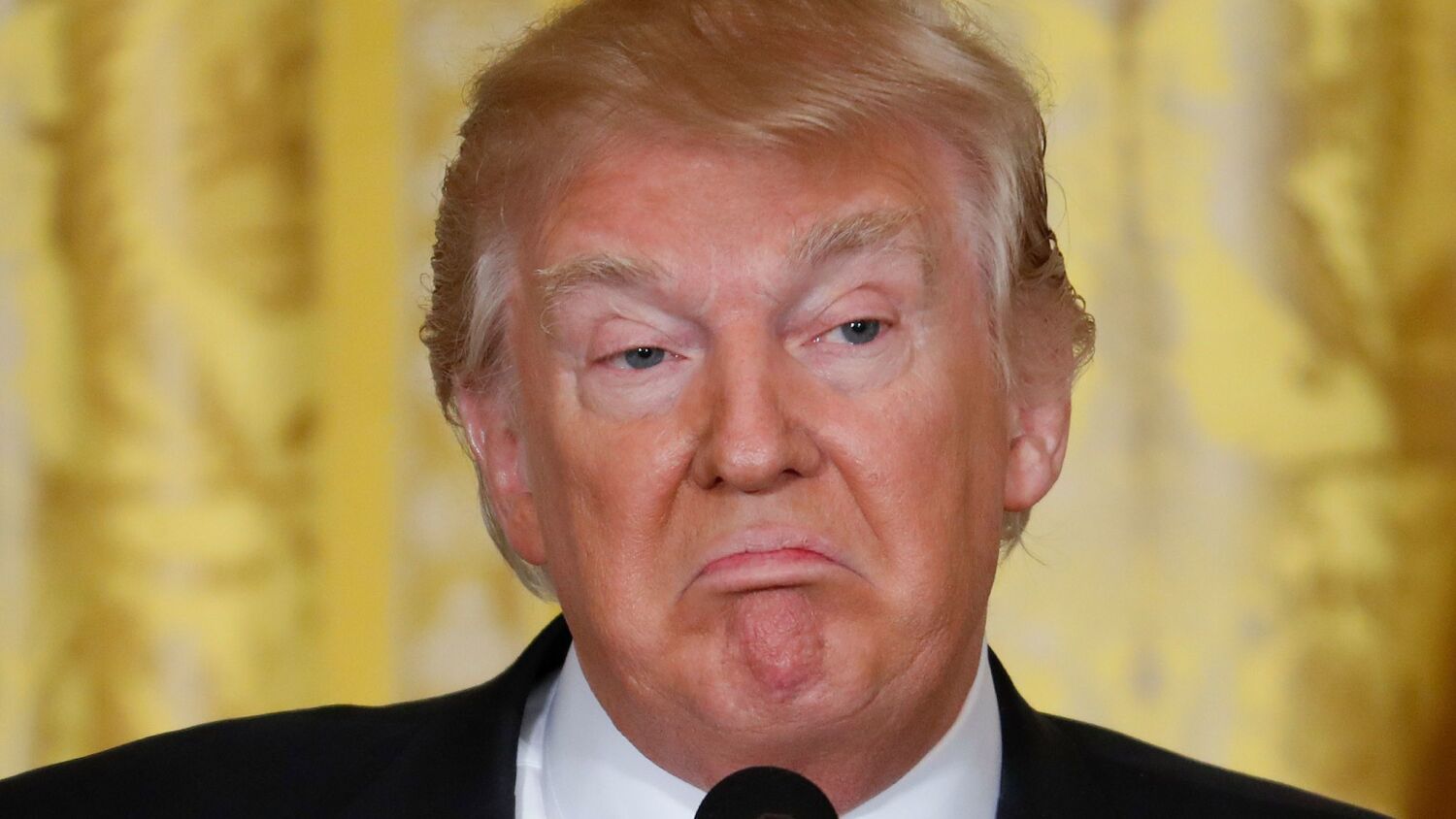 “California is going to hell,” President Trump tweeted in October.

Since launching @realdDonaldTrump in 2009, the president has tweeted “California” in at least 221 missives over the nearly 12-year life of his popular handle, according to a Times analysis.

That was until Twitter permanently suspended the president’s account after he incited a riotous mob of his supporters, who stormed the U.S. Capitol on Wednesday, resulting in at least five deaths — including that of a police officer — and ongoing threats of violence across the nation.

The Times has been tracking the president’s tweets since 2016, and has now archived 56,118 of the messages, including some deleted ones, as of 10:44 a.m. EST Friday, when his last tweet was sent just a few hours before the Twitter ban.

The analysis show the president’s fraught relationship with California as he attacked its political leaders, criticized its policies and falsely alleged irregularities in its voting — especially as California members of the U.S. House led an impeachment effort against him last year.

The number of times he has mentioned California is topped only by swing states such as Georgia, Florida, Wisconsin and Michigan, among a few others.

Of course, California is the nation’s most populous state, so receiving the president’s attention isn’t a surprise.

But it ranks near the bottom of the list of states when population is considered proportionally to its mentions. New Hampshire and Iowa — important states in presidential elections — appeared in Trump’s feeds at higher rates as a proportion of their voting populations, for example.

Statistics aside, in the messages directed at California — especially since October 2019, when the impeachment case began to gather steam — Trump offered some stinging rebukes.

The relationship was benign at first, with the first direct mention of California two years after the account was launched in 2009: “Congratulations to Alyssa Campanella, Miss California—our new MIss USA!” he tweeted June 20, 2011.

Among his first 20 “California” tweets were three plugs for his golf course in Rancho Palos Verdes, Trump National Golf Club Los Angeles.
But his mood soured around 2012, when Trump began attacking the state’s energy policies and tying them to then-President Obama.

“California gas prices going thru the roof, others to follow. An election-losing event for Obama,” he tweeted October 12, 2012.

While he directly mentions “California” 221 times, his attacks on its politicians and key state issues — like wildfires and homelessness — went beyond that. There were 424 tweets with mentions of such keywords.

More than half of the president’s tweets about the state came in the form of attacks on U.S. House Speaker Nancy Pelosi (D-San Francisco) and U.S. Rep. Adam B. Schiff (D-Burbank).

Schiff, who led the impeachment case again the president last year, was mentioned at least 240 times in complaints from the president.

“Set up by Schiff’s lies & leaks,” he vented in February.

“There is another Russia, Russia, Russia meeting today. It is headed up by corrupt politician Adam “Shifty” Schiff, so I wouldn’t expect too much!” he tweeted in March.

On at least four occasions, he attacked Pelosi — the first woman to serve as speaker of the U.S. House — as “Crazy Nancy.”

In 2019, Trump spent Christmas Day threatening the governor: “Governor Gavin N has done a really bad job on taking care of the homeless population in California. If he can’t fix the problem, the Federal Govt. will get involved!” he wrote.

The crisis across the state was the subject of at least a dozen messages from Trump in the last two years, and Trump used it to attack other political figures, such as Los Angeles Mayor Eric Garcetti.

“The Mayor of Los Angeles, @ericgarcetti, is dealing with us trying to get the Federal Government to fix the terrible problem he and the Dems have caused with the homeless, and the horrendous effects it is having on the City, which is a mess. I then watch him talk ‘trash’ on me!” he wrote in March.

Sometimes his tweets included a sweeping indictment of the state and its problems and leaders — at all levels.

“California leads the nation, by far, in both the number of homeless people, and the percentage increase in the homeless population — two terrible stats,” he wrote in December 2019. “Crazy Nancy should focus on that in her very down district, and helping her incompetent governor with the big homeless problem!”

Four days later, the president added to his complaint: “Turn California around. No more shutdowns, rolling blackouts, forest fires (management), or water rationing (because millions of gallons are stupidly routed out into the Pacific Ocean). VOTE TRUMP!”

The president is now without his favored platform with less than two weeks in office as he is facing calls for his resignation and the threat of a second impeachment.

One of his final direct messages about California came on Oct. 26, just one week before the election in which he’d be ousted: “New York, California, Illinois. People are FLEEING, Taxes and Crime are going through the roof. VOTE TRUMP, I will turn it around, and FAST!”