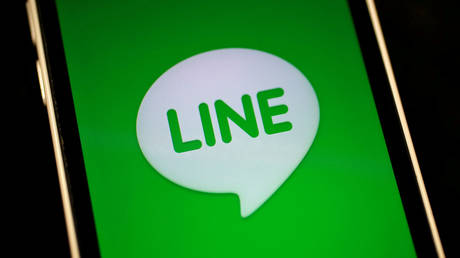 Police in Taiwan confirmed on Wednesday that they are investigating reports that more than 100 messaging app accounts used by “high ranking officials” were hacked after LINE messenger stated it had detected “abnormal activities.”

The Criminal Investigation Bureau in Taipei launched the investigation after LINE, the company behind the messaging app, formally reported concerns that the accounts had been compromised. However, authorities did not provide further information about the alleged hack.

Taiwan national newspaper Liberty Times claimed that more than 100 accounts belonging to “high ranking officials” were impacted, including people within the president’s office, cabinet figures, members of the military and lawmakers.

Addressing the situation, LINE announced it had taken “necessary measures to protect users as soon as abnormal account activities were detected” and “will continue to take necessary responsive measures.”

LINE has reportedly informed Taiwan’s National Security Council (NSC) about the alleged breach. However, the NSC has not publicly commented on the issue.

Taiwan’s cybersecurity agency claims that the island is subjected to around 30 million cyberattacks each month, averaging at around 700 attacks per minute, with half thought to come directly from the Chinese mainland. To help combat the threat posed by cyberattacks, Taiwan has indicated that it is interested in working with Israel to bolster its defenses.

Also on rt.com
China blacklists former US Commerce Secretary Ross & other officials in tit-for-tat reply to restrictions over Hong Kong

“Cyberattacks and disinformation are threatening democracies worldwide,” Foreign Minister Joseph Wu said in a tweet on Wednesday, sharing an article that highlighted the island’s work to “crush the tools of authoritarianism.”

Taiwan, which professes to be a democratic, self-ruled island, has repeatedly accused China of increasing cyberattacks against the region since the island’s president, Tsai Ing-wen, was elected in 2016. Tsai has firmly rejected Beijing’s position that Taiwan is part of “one China” and has sought to secure further autonomy. He has also collaborated with the West in a bid to bolster its independent credentials.