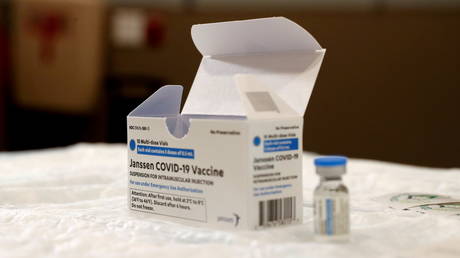 Johnson & Johnson has said it will resume delivery of its Covid-19 vaccine to the EU after the bloc’s regulator, the European Medicines Agency’s (EMA), said the benefits of the jab outweigh any risks despite blood clot concerns.

On Tuesday, the EMA said a review of the Janssen vaccine by its safety committee had found that unusual blood clots with low blood platelets should be listed as “very rare side effects” of the jab and included in the product information.

The agency also said the overall benefit-risk balance of the jab “remains positive” after the committee’s review of eight reported blood clots – one of which was fatal – from among the 7 million doses administered in the US.

Following the announcement, Johnson & Johnson confirmed in a statement that it would resume deliveries of the single-shot vaccine to the EU, Norway and Iceland.

The company had announced last week it would delay its European rollout following the suspension of its use in the US.

Dutch Health Minister Hugo de Jonge confirmed that the Netherlands would resume its rollout of the Janssen vaccine on Wednesday following the EMA’s review, saying that the jab “can be used as planned.”

Italy’s health ministry has also recommended using the Janssen vaccine, but only for those aged 60 and over due to the potentially higher risk of blood clots among younger cohorts.

Last week, the US announced it would pause its deployment of the vaccine after six women under the age of 50 who had received it suffered serious blood clots.

Authorities there are set to convene on Friday to discuss resuming its use.