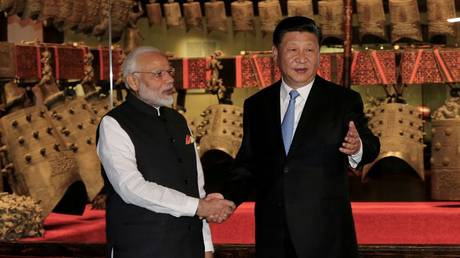 How one would love to be a fly on the wall when Indian Prime Minister Narendra Modi sits down with Chinese premier Xi Jinping for an informal one-to-one meeting in Mahabalipuram in the southern state of Tamil Nadu on Friday.

There will be no joint declarations, only separate statements but a few conjectures can straight away be put to rest. It’s unlikely China will rake up Kashmir which has put its junior ally Pakistan in a state of convulsion.

The ‘Middle Kingdom’ may have used the forum of the United Nations to stand by Pakistan; and only a few hours preceding this summit, Xi Jinping may have drummed similar music in the ears of Pakistan’s Prime Minister Imran Khan but China has a much bigger pie in mind than treating an ally’s issue as its own. It may have benefited from Pakistan’s largesse of providing a route to its China-Pakistan Economic Corridor (CPEC) through the Pakistan-occupied Kashmir, and sure the reorganization of Ladakh in the rearranged Jammu and Kashmir might raise its hackles on the border disputes but these pale next to a few overarching issues.

The biggest issue confronting China is the hostility of the United States.  It is a conflict between two world views: the US who wishes to impose its unipolar diktat, and China which is a beacon of a multipolar world. Nations around the world ought to be free to pursue their own interests but Mr. Trump would like it to be subservient to the US agenda. It runs contrary to the world trade order or global issues such as climate change. The US also pursues a policy of nailing China down in South China seas through its allies Japan, Australia and New Zealand and has a mind to drag India into its corner.

India needs the United States more than it ever did in the wake of its action in Kashmir. A hostile US would virtually hang India out to dry. It could rake up the hostility of corporate global media which is managed by Western powers and create domestic troubles for Mr. Modi. India knows it is not beyond the United States to create a Hong Kong-like mischief in its metropolises. India is also mindful of the foul play which the International Monetary Fund (IMF) or World Bank (WB) are perfectly capable of.

Yet, it is a fact that India doesn’t want to let go of its deep-rooted, long-standing affair with Russia. It has stood the test of time. Modi is also mindful that trade between India and China is now close to $100 billion, though admittedly heavily in favor of its more powerful neighbor. There is a whole lot of potential which exists between two dominant powers of Asia that house 2.7 billion people. Mutual visits between its two people surpassed one million last year. Ideologically too, Modi is a proponent of a multipolar global order and would hate to compromise on Iran even though snuggling up to Saudi Arabia is a necessity to isolate Pakistan in the Muslim world.

Even though Xi’s visit to India is informal, both sides would be flanked by their foreign ministers and other important functionaries. India would look for China to go easy on Kashmir lest it’s pushed deeper into US arms. It’s in China’s interests too that India doesn’t become a vassal of the United States. Modi’s India would like to be free to pursue its own goals. He after all rides a powerful mandate.

On his part, Modi could do a lot to bring a wider smile on the face of Xi Jinping. The Chinese premier has shown the vision of a statesman in seeking out India within a few days of the 70th celebration of its republic. There is a need for India to assuage China’s two major claims on territory which India terms as its own. It would be in consonance with the first informal meeting between the two leaders in Wuhan last April. Modi must also be seen by Xi as a firm adherent of a multi-polar order. It’s time the writ of the United States doesn’t run large.

This is a “summit” between the leaders of India and China, an occasion when two immensely popular and strong-willed leaders could rise above irritants and shape human history. They have a choice to be bogged down and be at each other’s throats which would thrill Western powers to no end. Or they could checkmate the imperialists by shaping the next century in the company of their trusted friend Russia. One doesn’t have to be a fly on the wall to know that all eyes in Mahabalipuram will be on nothing but Wuhan 2.0.

By Ashish Shukla, a senior journalist and geopolitical analyst based in India, author of ‘How United States Shot Humanity’. He runs a website, NewsBred.