Breaking News
How to Stay Focused When Planning and Hosting...
How You Can Know if You Really Need...
A Close Look at the Top Uses and...
Startup Business Management: How to Effectively Avoid Common...
4 Steps to Taking Your Event Outdoors
Questions to Ask When Interviewing Potential Physicians for...
Cider-Braised Chicken & Mushrooms
Deadline extended for 100 Best Places to Work...
Trump impeachment: Senate leaders spar over trial
Trump faces impeachment on a grave day in...
Home Breaking Live updates: Corey Lewandowski testifies
Breaking 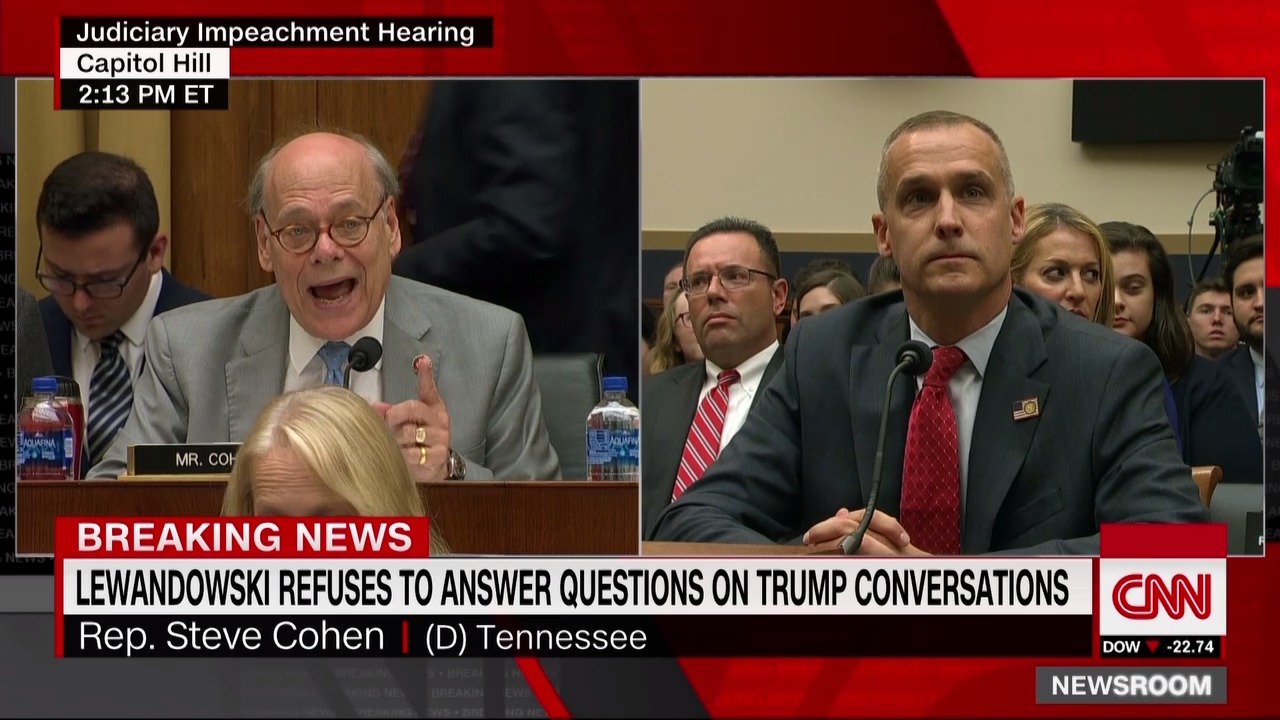 In a tense exchange with Corey Lewandowski, Democratic Rep. Steve Cohen accused the former campaign manager of being “some kind of a Forrest Gump” when it comes to corruption.

Special counsel Robert Mueller wrote in his report that Lewandowski was directed by President Trump to ask then-Attorney General Jeff Sessions to limit the Mueller investigation and not to investigate the Trump campaign.

“Either you were willing to break the law for politics and Mr. Trump, or you’re some kind of a Forrest Gump relating to corruption,” Cohen told Lewandowski. “Let me ask you this: Did the President pick you, his enforcer — he thought you would play whatever role he wanted — because it was illegal. Is that possibly why he chose you to take the message to Sessions?”

Lewandowski responded: “That would be a question for the President.”

Cohen: Mr. Lewandowski, it’s clear here you were not an employee, you admitted, of the White House. You had no W2, you had no card, you had nothing. You were not an employee. And you were a policeman at one time — so you know something about the law and about following the law. Didn’t you think is was a little strange the President would sit down with you one on one and ask you to do something that you knew was against the law? Did that strike you as strange?

Lewandowski: I disagree with the premise of your question, congressman.

Cohen: You weren’t a policeman?

Lewandowski: I didn’t think the President asked me to do anything illegal.

Cohen: You didn’t think it’s illegal for you to ask Mr. Sessions to drop the investigation and to just go on to future presidents and omit everything with this President and go “Ollie Ollie In Free” and start the next one colluding with Russia? You didn’t that was illegal, to obstruct justice?

Lewandowski: Congressman, the President didn’t ask me anything illegal.

Cohen: Obviously, you’ve never been a judge, and won’t be one. All these people asked you, did he give you dictation? He dictated to you a message to give Sessions. Had you ever been a secretary for the President before and taken dictation or shorthand?

Cohen: Oh, then we got your qualifications now. You were a secretary.