Breaking News
How to Stay Focused When Planning and Hosting...
How You Can Know if You Really Need...
A Close Look at the Top Uses and...
Startup Business Management: How to Effectively Avoid Common...
4 Steps to Taking Your Event Outdoors
Questions to Ask When Interviewing Potential Physicians for...
Cider-Braised Chicken & Mushrooms
Deadline extended for 100 Best Places to Work...
Trump impeachment: Senate leaders spar over trial
Trump faces impeachment on a grave day in...
Home World Israelis face the possibility of yet another election
World

Israelis face the possibility of yet another election 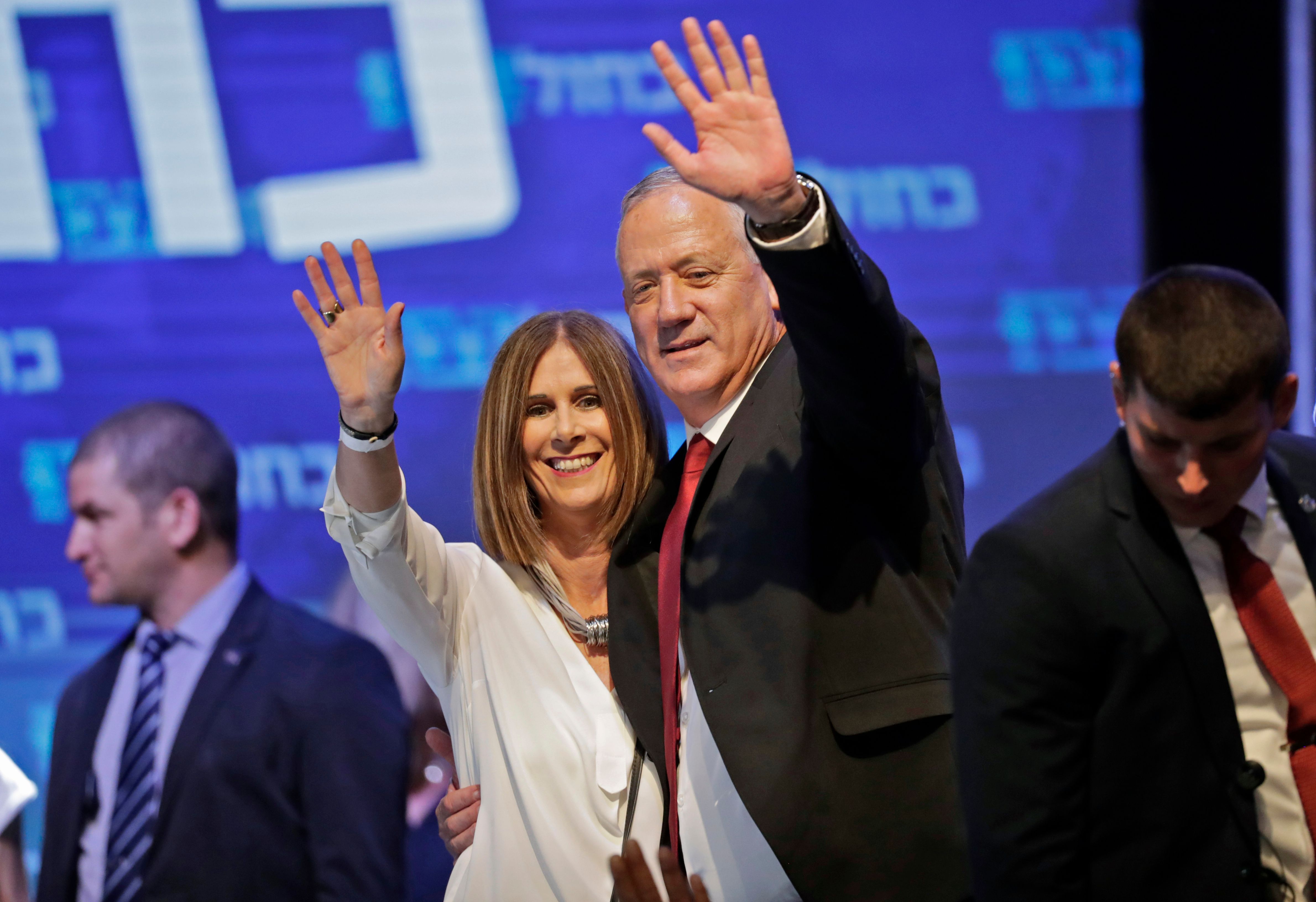 The results of Israel’s Tuesday election have done little to challenge conventional wisdom that Israel is a hopelessly deadlocked nation with an uncertain political future.

In the final count, the party of Benny Gantz, a former army chief of staff, has won 33 parliamentary seats against Prime Minister Benjamin Netanyahu’s Likud, which came in second with 31. Both would need major support from smaller parties to carve out the 61-seat majority needed to form a majority government in the 120-member Knesset.

On Sunday, Israeli President Reuven Rivlin will meet with party leaders before deciding who among them has the best chance for piecing together a coalition government and winning the post of prime minister.

Gantz is the clear front-runner, but his prospects remain far from certain.

After the last election in April, Netanyahu, who has led Israel for 10 years, was given the nod to try to form a new government after his party eked out the tiniest of victories over Gantz’s. But Netanyahu ultimately failed to form a coalition, then defied the expectation that he would return the mandate to Rivlin, allowing him to grant a second candidate the possibility of leading. Instead, Netanyahu dispersed parliament, propelling Israel into an unprecedented second consecutive election.

The words “third election” started to circulate among Israeli pundits even as Tuesday’s first exit polls were released.

He foresees the next election taking place in early 2020. In an interview with The Times, the eventuality did not fill him with dread, as it does many other Israelis.

“The difficulty in running a country is not an Israeli phenomenon,” he said as the final voting figures became clear. “Britain has seen several changes of leadership in recent years, and new Prime Minister Boris Johnson is currently losing important parliamentary votes as members of his own party don’t support him.”

“I will do everything I can to prevent another general election,” he said, admonishing elected officials, and the leaders of both major parties, to form “a government that serves all the citizens of Israel with the dedication it deserves.”

Gantz’s deputy, Yair Lapid, warned in a Thursday news conference that Netanyahu was “attempting to drag Israel into a third electoral campaign” in a desperate attempt to hold on to power.

But the feeling of a national stalemate is not universal.

Ehud Barak, another former prime minister, published an upbeat opinion column on Friday outlining his vision for Israel’s next government.

Taking Gantz’s victory as a given, Barak wrote that “the reversal now has to be completed by the establishment of a government without Netanyahu, which will force the Likud to choose new leadership and replace him.”

“Therefore,” he wrote, “it is incumbent upon Benny Gantz, Avigdor Lieberman, the Democratic Camp, Labor and the Joint List — representing a total of 63 Knesset seats — to unanimously recommend Gantz” when they meet with the president.

He posited that Israel’s seemingly intractable coalition challenge may be solvable.

Barak did not mention the ostensibly simplest coalition, a union of the two biggest vote-getters, because Gantz has ruled out serving with Netanyahu, who faces indictments on several corruption charges after a judicial hearing Oct. 2.

Gantz has said he would welcome a power-sharing agreement with Likud were the party to oust its leader.

Avigdor Lieberman, a secular right-wing nationalist whose “Israel Our Home” party won eight seats in the Knesset, has all but ruled out allying with Netanyahu, who on Wednesday formed something of a unified bloc with right-wing religious parties. Lieberman could join a Gantz government, but he has vowed never to share a Cabinet table with the Joint List, a majority-Arab party that won 13 Knesset seats.

On Friday, the Joint List‘s Ahamd Tibi told Israeli television that instead of abstaining, as it has in the past, his party was likely to recommend Gantz for prime minister when meeting Rivlin.

No formal decision was announced after the Joint List leadership deliberated on Saturday, but two party sources told The Times that Joint List Chairman Ayman Odeh would recommend Gantz.

The prospect of a party representing Israel’s Arab minority tipping its hat toward a former military chief would signal a sea change in Israeli society, even if members representing the Islamic movement were to peel away. Arab members of mainstream parties have previously served as ministers in Israeli governments, but no majority-Arab party has ever been part of a ruling coalition.

A recommendation from Odeh would give a major boost to Gantz’s odds of receiving the mandate from Rivlin, even if the party eventually does not join the government.

The Democratic Camp, Barak’s party, with five seats, and Labor, with six, are easy gets for Gantz.

It is almost impossible, however, to envisage hard-liner Lieberman, who is known for advocating population exchanges that could deprive Israeli Arabs of citizenship if their towns were transferred to the Palestinian Authority, and Odeh, an activist for the rights of Israeli Arabs and an advocate of the Israeli-Palestinian peace process, sharing a single Cabinet table.

Gantz’s challenge, if he is chosen to form a government, will be in making order out of this raucous tangle.

Once selected, parties are given 28 days, with a possible extension, to deliver a Cabinet. Negotiations would probably last weeks.

One increasingly discussed compromise would see the Joint List, Israel’s third largest party, accept powerful parliamentary committee chairmanships in exchange for a commitment to support the government in Knesset votes without formally joining it.

Tarnopolsky is a special correspondent.