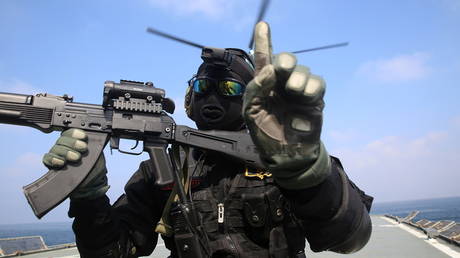 “The country has been widely exposed to security violations,” Momeen Rezaei, the secretary of the Expediency Discernment Council, who reports directly to Khamenei, admitted in an interview with local Mehr news agency.

Highlighting the need for a major overhaul is the fact that “in less than a year, three security incidents have occurred [targeting Iran’s nuclear program]: two explosions and one assassination,” Rezaei said.

The official was referring to a blast that rocked the Natanz nuclear site on Sunday, destroying the power grid and backup system, as well as a large number of centrifuges used to enrich uranium. The same facility was hit in July last year, with the explosion delivering massive damage to a centrifuge assembly workshop. In November, a top scientist in Iran’s nuclear program, Mohsen Fakhrizadeh, was assassinated outside Tehran after his car was allegedly targeted with a remote-controlled machine gun.

Tehran blames the incidents on its archrival Israel, which refutes Iran’s claims that its nuclear program is peaceful and insists that it’s working on a bomb. However, Israeli officials have been reluctant to take responsibility for the attacks.

“Before this, documents from our entire nuclear [archive] have been stolen, and before that, a few suspicious drones came and did some work,” Rezaei said, according to a translation by the Jerusalem Post newspaper.

While it’s not entirely clear which documents he is referring to, it could potentially be an admission that Israeli intelligence was really able to obtain Tehran’s nuclear papers in spring 2018. The files became the subject of a live presentation by Israeli Prime Minister, Benjamin Netanyahu, in which he tried to persuade the world that “Iran lied” about its nuclear program. At the time, Tehran denied the authenticity of the documents displayed by Netanyahu, calling them “fabricated.”

Returning to the fresh attack at Natanz, Rezaei described it as “a bad event in terms of prestige” for Iran. Those behind the blast “did it to break our resistance in diplomacy,” he added.

Indeed, the sabotage of the Natanz electric grid came amid talks in Vienna between Iran and the US aimed at rescuing the 2015 nuclear deal – and Tehran’s decision to increase uranium enrichment to 60% purity in response to the provocation cast doubts on the positive outcome of the negotiations.

Also on rt.com
Iran says it could enrich uranium to 90% purity if it wanted to, but is ‘not seeking weapon’ as nuclear deal talks restart

The country’s security system has to be “cleaned up” every ten or 20 years to remain effective, but Iran hasn’t done anything of the kind in three decades, Rezaei explained, adding that a major overhaul is needed to eradicate incidents in the future.

Stress Not Always a Trigger for Relapse in Eating Disorders