Breaking News
How to Stay Focused When Planning and Hosting...
How You Can Know if You Really Need...
A Close Look at the Top Uses and...
Startup Business Management: How to Effectively Avoid Common...
4 Steps to Taking Your Event Outdoors
Questions to Ask When Interviewing Potential Physicians for...
Cider-Braised Chicken & Mushrooms
Deadline extended for 100 Best Places to Work...
Trump impeachment: Senate leaders spar over trial
Trump faces impeachment on a grave day in...
Home Business Iran’s Khamenei says U.S. policy of maximum pressure will fail By Reuters
Business 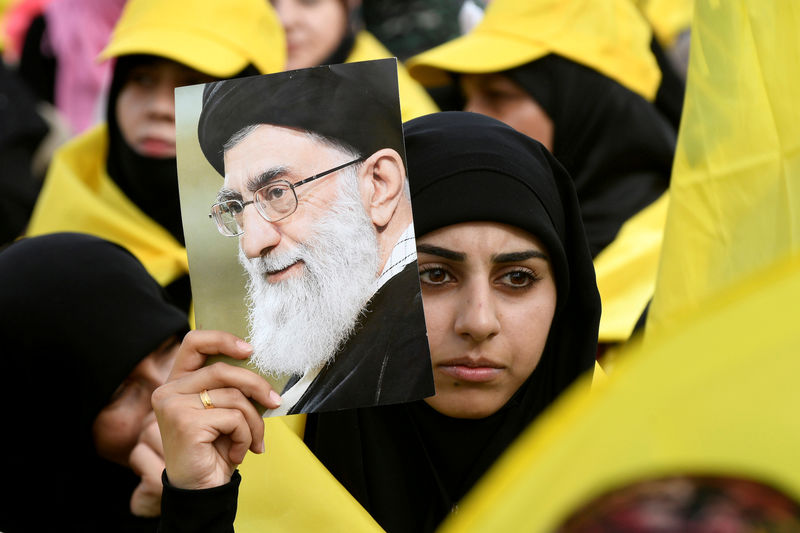 © Reuters. FILE PHOTO: A woman carries a picture of Iran’s Supreme Leade Khamenei as she watches Lebanon’s Hezbollah leader Nasrallah appear on a screen during a live broadcast to speak to his supporters at an event marking Resistance and Liberation Day in


DUBAI (Reuters) – Iran will never hold talks with the United States and Washington’s policy of maximum pressure on Tehran will fail, Supreme Leader Ayatollah Ali Khamenei said on Tuesday, according to state TV.

U.S. President Donald Trump had said on Monday he could meet with Iranian President Hassan Rouhani and that he had no problem with such an encounter.

State TV quoted Khamenei as saying: “Iranian officials will never talk to America … this is part of their (U.S.) policy to put pressure on Iran … their policy of maximum pressure will fail.”