Breaking News
A Close Look at the Top Uses and...
Startup Business Management: How to Effectively Avoid Common...
4 Steps to Taking Your Event Outdoors
Questions to Ask When Interviewing Potential Physicians for...
Cider-Braised Chicken & Mushrooms
Deadline extended for 100 Best Places to Work...
Trump impeachment: Senate leaders spar over trial
Trump faces impeachment on a grave day in...
Infertility: Grandparents in waiting – Harvard Health Blog
Facebook to hire community reviewers to fact check...
Home Health If you have migraines, put down your coffee and read this – Harvard Health Blog
Health

If you have migraines, put down your coffee and read this – Harvard Health Blog 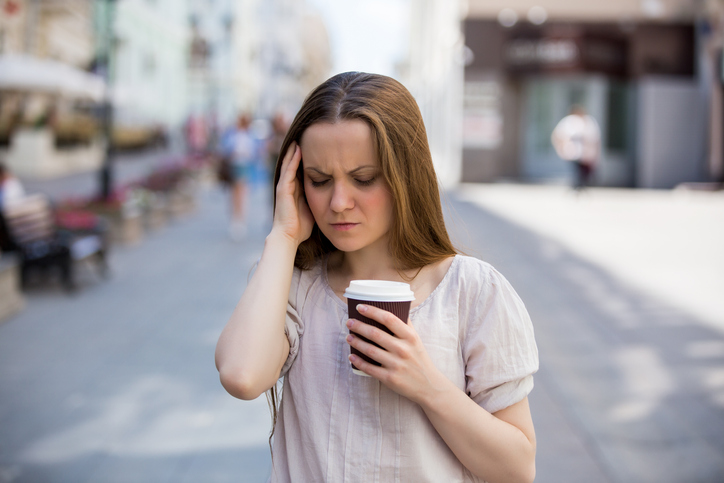 During medical school, a neurologist taught me that the number one cause of headaches in the US was coffee.

That was news to me! But it made more sense when he clarified that he meant lack of coffee. His point was that for people who regularly drink coffee, missing an early morning cup, or even just having your first cup later than usual, can trigger a caffeine withdrawal headache. And considering how many daily coffee drinkers there are (an estimated 158 million in the US alone), it’s likely that coffee withdrawal is among the most common causes of headaches.

Later in my neurology rotation, I learned that caffeine is a major ingredient in many headache remedies, from over-the-counter medicines such as Excedrin and Anacin, to powerful prescription treatments such as Fioricet. The caffeine is supposed to make the other drugs in these combination remedies (such as acetaminophen or ibuprofen) work better; and, of course, it might be quite effective for caffeine-withdrawal headaches.

But then I learned that for people with migraine headaches, certain drugs, foods, and drinks should be avoided, as they can trigger migraines. At the top of this list? Coffee.

So, to review: the caffeine in coffee, tea, and other foods or drinks can help prevent a headache, treat a headache, and also trigger a headache. How can this be?

Migraine headaches: Still mysterious after all these years

Migraine headaches are quite common: more than a billion people reportedly suffer from migraines worldwide. Yet, the cause has long been a mystery — and it still is.

Until recently, the going theory was that blood vessels around the brain go into spasm, temporarily constricting and limiting blood flow. Then, when the blood vessels open up, the rush of incoming blood flow leads to the actual headache.

That theory has fallen out of favor. Now, the thinking is that migraines are due to waves of electrical activity spreading across the outer portions of the brain, leading to inflammation and overreactive nerve cells that send inappropriate pain signals. Why this begins in the first place is unknown.

Migraines tend to run in families, so genetic factors are likely important. In addition, chemical messengers within the brain, such as serotonin, may also play a central role in the development of migraines, though the mechanisms remain uncertain.

People prone to migraines may experience more headaches after coffee consumption (perhaps by effects on serotonin or brain electrical activity), but coffee itself, or the caffeine it contains, is not considered the actual cause of migraines. Certain foods or drinks like coffee are thought to trigger episodes of migraine, but the true cause is not known.

A new study about coffee and migraines: how much is too much?

In a new study published in the American Journal of Medicine, researchers (including several from the hospital where I work) asked 98 people with migraines to keep a diet diary that included how often they consumed caffeinated beverages (including coffee, tea, carbonated beverages, and energy drinks). This information was compared with how often they had migraines. Here’s what they found:

Interestingly, the link was observed regardless of whether the study subject believed that caffeine triggered their headaches.

One weakness of this study is that the researchers did not actually measure caffeine consumption. Instead, they defined one serving of a caffeinated beverage as 8 ounces of regular coffee, 6 ounces of tea, a 12-ounce can of caffeinated soda, or 2 ounces of an energy drink. But caffeine content in different caffeinated beverages can vary widely. For example, an 8-ounce serving of coffee from Starbucks can have twice the caffeine as a similar-sized serving from a Keurig K-Cup. They also did not include caffeine-containing foods in the study, although such amounts tend to be quite small compared with the beverages studied.

There is a lot about the connection between caffeine consumption and migraine headaches that remains uncertain. Until we know more, it seems wise to listen to your body: if you notice more headaches when you drink more coffee (or other caffeinated beverages), cut back. Fortunately, this latest research did not conclude that people with migraines should swear off coffee entirely.