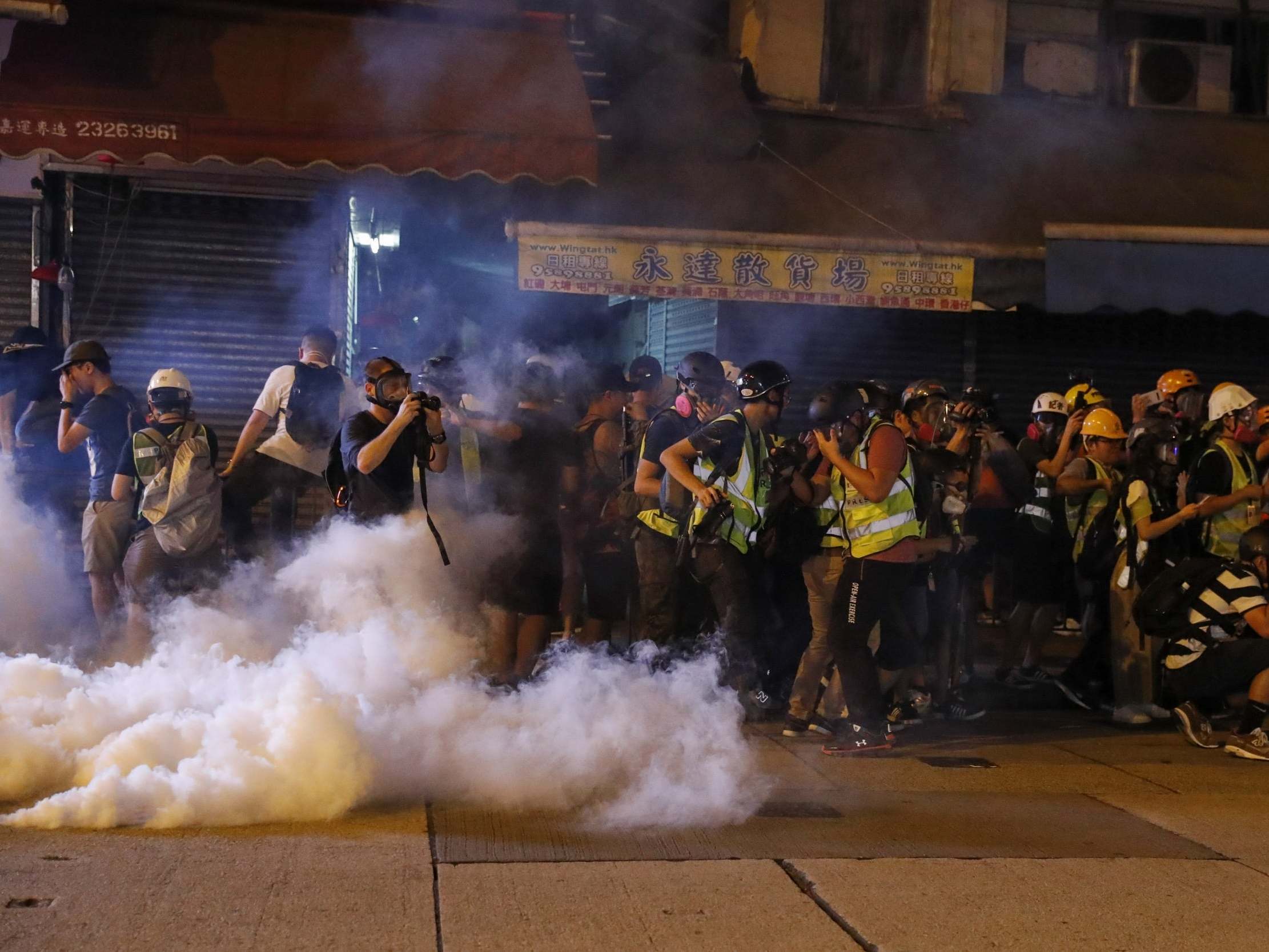 Hong Kong police fired tear gas to disperse crowds at a busy shopping district for the second night running after successfully preventing protesters from blocking access to the city’s airport.

Violence erupted once again after nightfall on Saturday as police fired tear gas into crowds and clashed with protesters, leading to several arrests.

On Friday night hundreds of demonstrators, many masked and dressed in black, attacked metro stations in the Mong Kok district in retaliation to televised scenes of police beating cowering protesters on a metro train.

Earlier on Saturday police succeeded in stopping anti-government protesters from blocking access to the city’s airport as they prepared for a second weekend of disruption.

Officers checked people’s tickets and passports as they headed to the airport in a bid to weed out activists.

Massive but peaceful protests began in June against legislation which would have allowed criminal suspects to be sent to mainland China to stand trial in courts controlled by the Communist Party.

In contrast, Hong Kong has an independent judiciary dating back to British rule.

But the demonstrations, which are entering their 14th week, have long since broadened into wider calls for democracy and many protesters have pledged to fight on.

Hong Kong returned to China in 1997 under a “one country, two systems” formula that guarantees freedoms not enjoyed on the mainland.

Many Hong Kong residents fear Beijing is eroding that autonomy.

China denies the accusation of meddling and says Hong Kong is an internal affair.

It has denounced the protests, accusing the US and Britain of provoking unrest, and warned of the damage to the economy as Hong Kong faces its first recession in a decade.

The US State Department updated its travel advisory for Hong Kong, warning that US citizens and consular employees had been the targets of a recent propaganda campaign by China “falsely accusing the United States of fomenting unrest”.

The overall risk level remains at the second lowest of a four-level gauge, after it was raised on 7 August to reflect the escalating violence.

Reuters contributed to this report.

Heads up: A free, working exploit for BlueKeep just hit

Italy’s second wave of covid-19 is hitting the...

Brazilian senator allegedly found with cash in his...