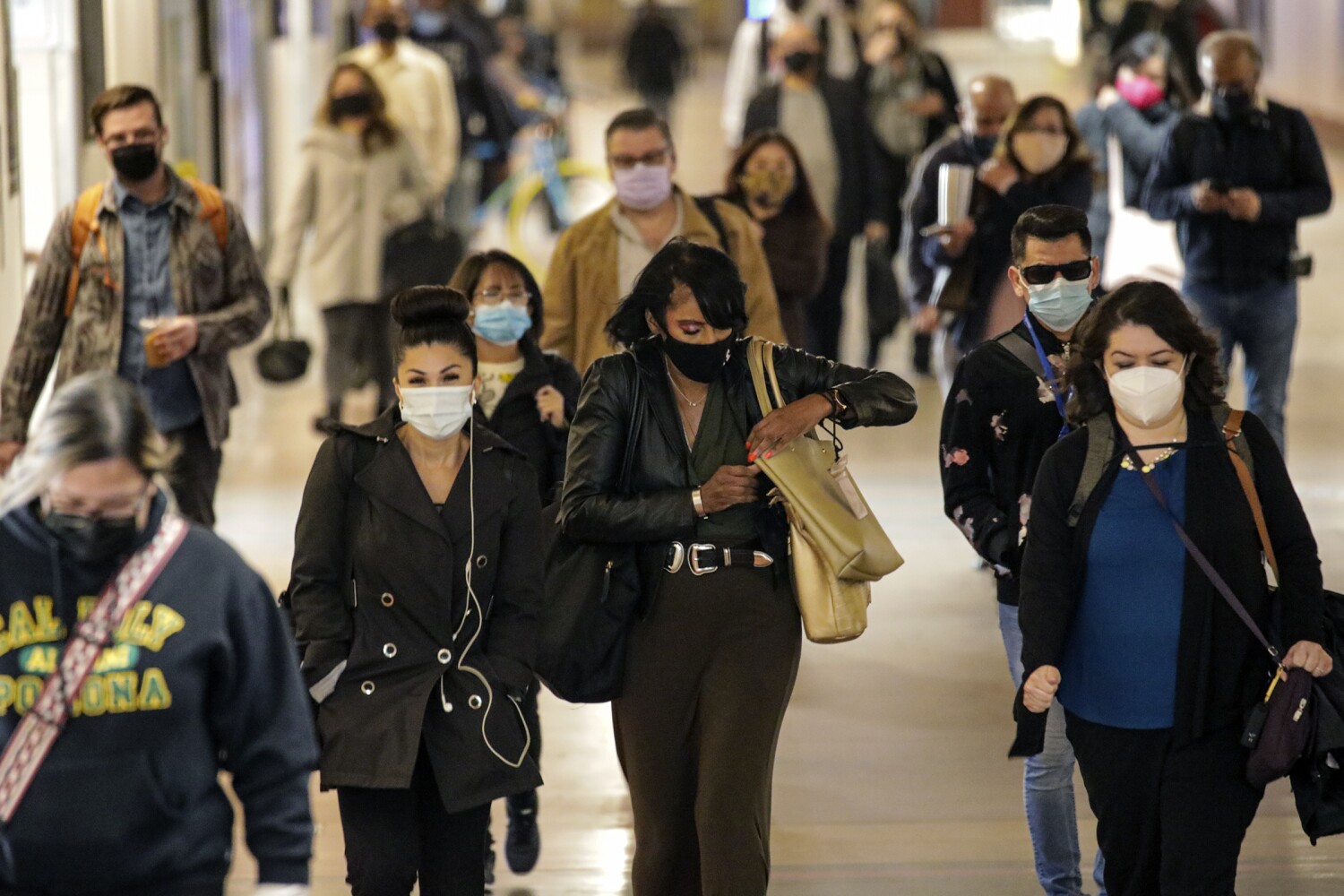 Back in the early days of the COVID-19 pandemic, researchers in Denmark decided to conduct an usual experiment to test the infection-fighting power of face masks the same way they’d evaluate a potential vaccine or drug.

At the time, mask use was not recommended by Danish health authorities, and fewer than 5% of residents used them outside of hospital settings. Those conditions made it possible to conduct the first — and only — randomized controlled trial of the face coverings.

The researchers recruited more than 6,000 volunteers from around the country who spent at least three hours each day with people from other households and didn’t wear masks for their jobs. About half of these volunteers were chosen at random to receive 50 surgical face masks and were asked to wear them whenever they left home for the next month. The other half did not get masks and served as controls.

Overall, 95 of the 4,862 volunteers who made it to the end of the study became infected with SARS-CoV-2, the coronavirus that causes COVID-19. That’s an infection rate of just under 2%.

But no matter how the researchers sliced and diced their data, they could not find a strong signal that the volunteers in the mask group were more protected than their counterparts in the control group.

In a typical clinical trial, this is the point where researchers would say their intervention didn’t work. But in this case, the investigators went the other way.

The problem, they said, wasn’t with the masks. The problem was that people didn’t use masks enough.

The study results “should not be used to conclude that a recommendation for everyone to wear masks in the community would not be effective in reducing SARS-CoV-2 infections,” wrote the team led by researchers from Copenhagen University Hospital.

A trio of current and former editors of Annals of Internal Medicine, the journal that published the study, went further.

“Masks likely need to be worn by most if not all people to reduce community infection rates,” they wrote. “The results of this trial should motivate widespread mask wearing to protect our communities and thereby ourselves.”

It’s not as if there’s no reason to believe face masks can prevent the spread of COVID-19. Scientists say the coronavirus moves from person to person mainly through the air, either on respiratory droplets or smaller, aerosolized particles. If either of these makes their way into the respiratory tract, an infection can take off.

People with active infections are most contagious in the first few days after exposure, often before they develop symptoms. That’s why the World Health Organization, the U.S. Centers for Disease Control and Prevention and other public health authorities say it’s important to wear a mask whenever you’re in close contact with people from other households, even if you don’t feel sick.

Widespread mask use is credited with keeping the COVID-19 death toll in the double digits in places such as New Zealand (25 deaths to date), Singapore (28 deaths) and Vietnam (35 deaths). In Taiwan, where officials ramped up mask production just a few weeks after the WHO announced the existence of the novel coronavirus, only seven people have died of COVID-19.

“Use of face masks has emerged as a powerful tool to reduce the health and economic harms of the pandemic,” Dr. Thomas Frieden, a former CDC director who now leads the nonprofit health initiative Resolve to Save Lives, and his colleague Dr. Shama Cash-Goldwasser wrote in a commentary that accompanied the study.

If masks work so great, why did they make so little difference in Denmark? The study authors and their allies offer multiple explanations.

The trial was conducted in two waves, with the first group testing masks between April 14 and May 15 and the second group testing them between May 2 and June 2. During most of that time — until May 18 — restaurants and cafes in the country were closed. Stores were open and public transportation was operational, but customers were advised to maintain social distancing. In addition, there were limits on social gatherings as well as visits to hospitals and nursing homes.

With all these measures in place, the added benefit of wearing masks might be negligible when the community prevalence of the virus is low, the researchers wrote. (At the time of the study, the daily incidence of new infections was four times lower in Denmark than it was in the U.S.)

Masks are believed to help in two ways. Although they can protect wearers from the incoming germs, their primary benefit is their ability to prevent the wearer’s germs from spreading to others.

Since few Danish residents were wearing masks during the study period, volunteers were mostly exposed to maskless people who could spread a virus easily — and that was true regardless of whether they were randomly assigned to wear a mask or not.

Another problem is that people assigned to wear masks often chose not to. Only 46% of volunteers in the mask group told the researchers they followed all the rules about wearing masks in public, 47% said they “predominantly” wore their masks, and 7% said they didn’t follow the rules.

In other words, the journal editors noted, “the study examined the effect of recommending mask use, not the effect of actually wearing them.”

There’s also the possibility that people who wore masks felt a false sense of security and let down their guard in other ways that increased their risk of infection.

Given these various shortcomings, you might suspect the Annals of Internal Medicine editors were tempted to reject the study so it wouldn’t wind up in the hands of increasingly vocal opponents of mask mandates. They don’t blame you for wondering — indeed, they anticipate this question in their editorial.

“With fierce resistance to mask recommendations by leaders and the public in some locales, is it irresponsible for Annals to publish these results, which could easily be misused by those opposed to mask recommendations? We think not,” wrote Dr. Christine Laine, the journal’s editor in chief, along with Dr. Eliseo Guallar, the deputy editor for statistics, and Dr. Steven Goodman, a former senior statistical editor for the journal.

Burying the findings of a well-conducted study that didn’t turn out as expected would be worse, they wrote.

“We need to gather many pieces of evidence to solve the puzzle of how to control the SARS-CoV-2 pandemic,” they explained. “For this reason, we thought it important to publish the findings and carefully highlight the questions that the trial does and does not answer.”

Frieden and Cash-Goldwasser agreed that researchers still have work to do.

But in the meantime, they wrote, the bottom line is clear: “If everyone wears a mask when near others, everyone is safer.”

Berlin has no obligation to ensure US doesn’t...