Breaking News
India’s COVID-19 Disaster May Be Turning Into an...
Cheney ousted from leadership post. The other 9...
Amazon has €250m 'back taxes' overturned in court
Hackers behind Colonial Pipeline attack claim three new...
Do Prescription Sleep Medicines Even Work?
Transitory or not, signs of inflation are roiling...
These cities are reporting the most gas station...
Enterprises need to get smart about iOS security
Maori Party co-leader kicked out of New Zealand...
At least 35 killed in Gaza as Israel...
Home Business Credit Suisse clears CEO Thiam of spying on star banker By Reuters
Business 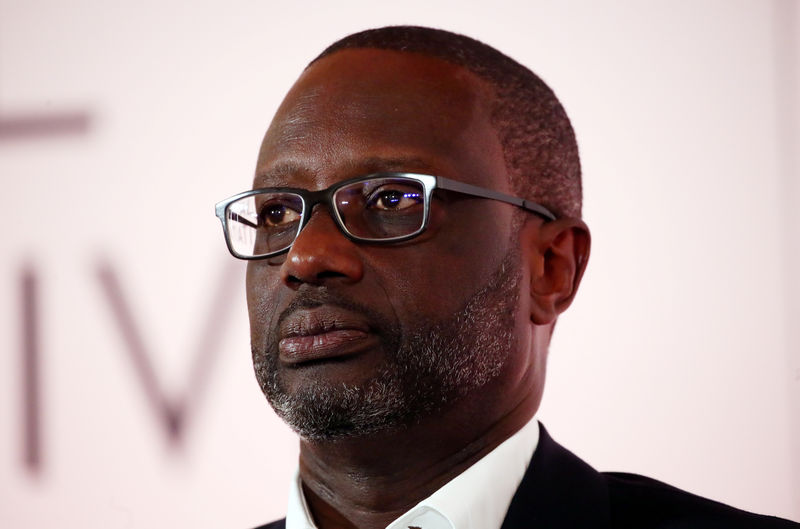 Khan, who abruptly left in July and has just started at arch-rival UBS, was under surveillance by private detectives hired by Credit Suisse for seven business days, from Sept. 4 to Sept. 17, when he spotted them.

An internal investigation, carried out by the Homburger law firm, found COO Pierre-Olivier Bouee alone initiated observation of Khan to see if he was trying to poach former colleagues to join him at UBS.

“We have absolutely zero evidence that he was informed about it,” he said while apologizing to Khan and his family for the incident.

Generating sensational headlines about personal enmity between Thiam and Kahn in the normally dispassionate world of Swiss private banking, the scandal has also triggered a criminal investigation and hurt the image of everyone involved.

“The Board of Directors considers that the mandate for the observation of Iqbal Khan was wrong and disproportionate and has resulted in severe reputational damage to the bank,” Switzerland’s second-biggest bank said in a statement.

Rohner and John Tiner, head of the board’s audit committee, batted back questions about the credibility of the report, saying the incident was unusual and insisting Thiam was on top of what was happening at the group.

Thiam did not attend the news conference.

Two big shareholders have said they wanted Tidjane, architect of a sweeping three-year revamp at the bank he joined in 2015, to stay unless it was shown he broke the law.

The investigation did not find any evidence that Khan had attempted to poach employees or clients away from Credit Suisse. It also did not reveal any evidence that the surveillance was related to the personal differences between Khan and Thiam as has been reported by media, a summary of the probe’s findings said.

Khan was known as the smooth and ambitious manager putting life into Thiam’s strategy of reshaping the bank into a wealth management juggernaut to rival bigger peer UBS (S:).

Under his watch, the International Wealth Management business Khan led more than doubled profits and sharply boosted the client assets it handles.

But the abrupt departure of Khan – who came to Switzerland from Pakistan at age 12 and launched a stellar career in finance – exposed a falling-out with Thiam, the 57-year-old Franco-Ivorian executive who revamped a stagnant Credit Suisse by cutting thousands of jobs, scaling back investment banking and bolstering its balance sheet.

Khan, 43, went to the police after the confrontation with at least one detective who was shadowing him and his wife as they drove through Zurich. Conflicting versions have emerged of how the incident unfolded.

Litecoin Climbs 10% In Rally By Investing.com