Breaking News
What to do during an active shooter situation:...
How cancer put me off joining Amazon union
As Variant Spreads, Covid-19 Cases Rise Sharply in...
India’s Covid-19 vaccines are running out, as second...
The Patch Tuesday focus for April: Windows and...
Iran nuclear: State TV names suspect in Natanz...
Meat-Lite Meatloaf
The crypto FBAR: Implications beyond By Cointelegraph
Queen sits on her own during Philip’s funeral
AI Weekly: Data analytics keeps attracting investment through...
Home Business China, U.S. kick off new round of tariffs in trade war By Reuters
Business

China, U.S. kick off new round of tariffs in trade war By Reuters 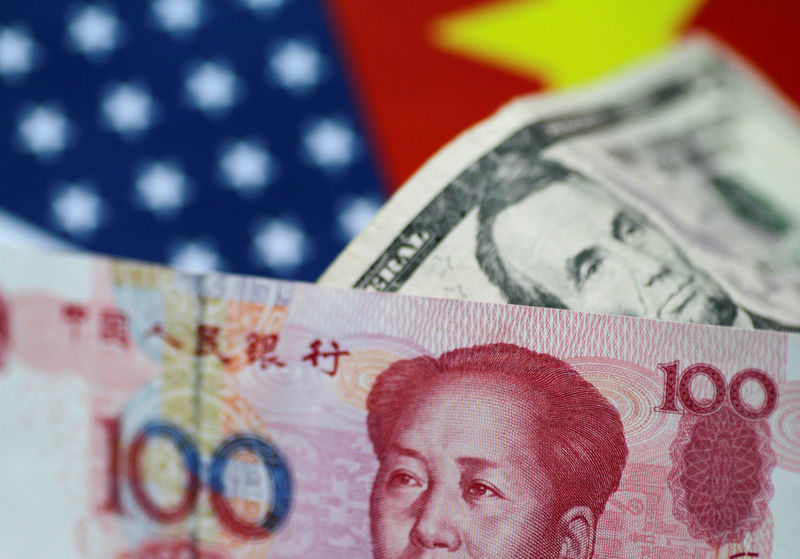 
By Ben Blanchard and Shivani Singh

BEIJING (Reuters) – China and the United States began imposing additional tariffs on each other’s goods on Sunday, the latest escalation in a bruising trade war, despite signs that talks would resume some time this month.

A new round of tariffs took effect from 0401 GMT, with Beijing’s levy of 5% on marking the first time the fuel has been targeted since the world’s two largest economies started their trade war more than a year ago.

The Trump administration will begin collecting 15% tariffs on more than $125 billion in Chinese imports, including smart speakers, Bluetooth headphones and many types of footwear.

In retaliation, China started to impose additional tariffs on some of the U.S. goods on a $75-billion target list. Beijing did not specify the value of the goods that face higher tariffs from Sunday.

The extra tariffs of 5% and 10% were levied on 1,717 items of a total of 5,078 products originating from the United States. Beijing will start collecting additional tariffs on the rest from Dec. 15.

“The United States should learn how to behave like a responsible global power and stop acting as a ‘school bully’,”

“As the world’s only superpower, it needs to shoulder its due responsibility, and join other countries in making this world a better and more prosperous place. Only then can America become great again.”

Tariffs could not impede China’s development, said the official People’s Daily of the ruling Communist Party.

“China’s booming economy has made China a fertile ground for investment that foreign companies cannot ignore,” it said, in a commentary under the name ‘Zhong Sheng’, or ‘Voice of China’, which is often used to state its view on foreign policy issues.

Last month, U.S. President Donald Trump said he was increasing existing and planned tariffs by 5% on about $550-billion worth of Chinese imports after Beijing announced its own retaliatory tariffs on U.S. goods.

Tariffs of 15% on cellphones, laptop computers, toys and clothing are to take effect on Dec. 15.

The U.S. Trade Representative’s Office said on Thursday it would collect public comments through Sept. 20 on a planned tariff increase to 30% on a $250-billion list of goods already hit with a 25% tariff.

Trade teams from China and the United States continue to talk and will meet in September, but tariff hikes on Chinese goods set to go in place on Sunday will not be delayed, Trump has said.

For two years, the Trump administration has sought to pressure China to make sweeping changes to its policies on intellectual property protection, forced transfers of technology to Chinese firms, industrial subsidies and market access.

China has consistently denied Washington’s accusations that it engages in unfair trade practices, vowing to fight back in kind and criticizing U.S. measures as protectionist.

China has pressed the United States to cancel the tariff increase, but said last week that a September round of talks was being discussed between the two.

The trade war further strains Beijing-Washington ties, already overshadowed by U.S. freedom of navigation exercises near Chinese-occupied islands in the disputed South China Sea, and U.S. support for self-ruled and democratic Taiwan, which China claims as its own.

Alex Trebek Back On ‘Jeopardy!’ After Chemotherapy