Breaking News
How to Stay Focused When Planning and Hosting...
How You Can Know if You Really Need...
A Close Look at the Top Uses and...
Startup Business Management: How to Effectively Avoid Common...
4 Steps to Taking Your Event Outdoors
Questions to Ask When Interviewing Potential Physicians for...
Cider-Braised Chicken & Mushrooms
Deadline extended for 100 Best Places to Work...
Trump impeachment: Senate leaders spar over trial
Trump faces impeachment on a grave day in...
Home World Battle of Arnhem: parachutes float from the sky to mark 75th anniversary of mission to end Second World War
World

Battle of Arnhem: parachutes float from the sky to mark 75th anniversary of mission to end Second World War 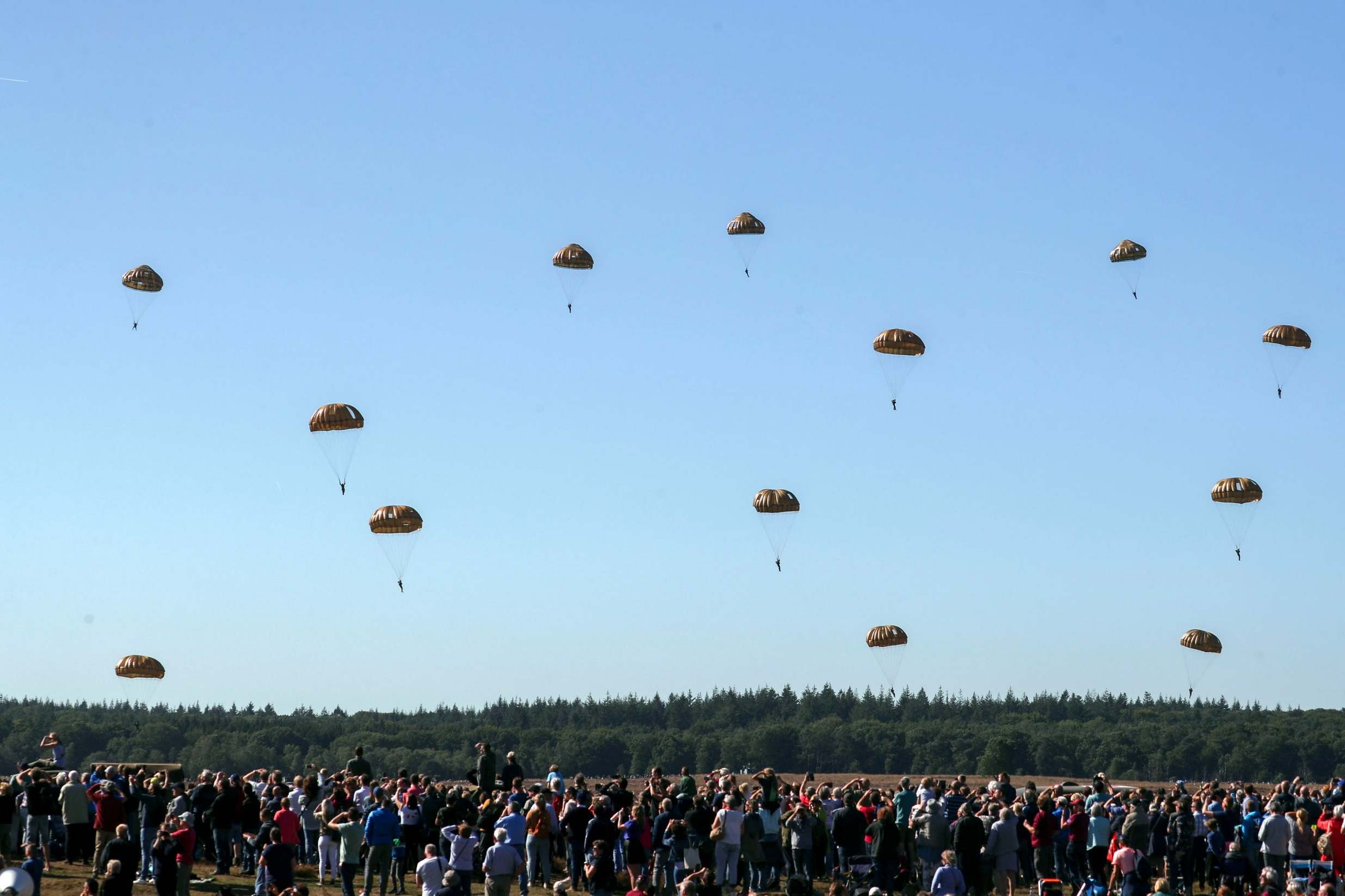 Some 1,500 parachutists floated out of clear blue skies in the eastern Netherlands on Saturday to commemorate the 75th anniversary of a daring but ultimately unsuccessful mission that sought to end the Second World War.

Forces captured and secured key roads and bridges, so that Allied troops that were massed in Belgium could pour into Germany’s industrial heartland and bring the conflict to an end.

On Saturday, military aircraft flew low over Ginkel Heath and parachutists – including 97-year-old veteran Sandy Cortmann, from Aberdeen – leapt out as thousands of spectators looked on, applauding as the soldiers walked past after landing.

But once on the ground, the Allied troops met with stubborn German resistance in and around the city of Arnhem, and their advance stalled on a bridge spanning the River Rhine in a battle immortalised in the book and Hollywood film A Bridge Too Far.

More Allied troops – about 11,500 – died in the nine days of Operation Market Garden than during the D-Day landings.

Prince Charles and the former Dutch queen, Princess Beatrix, were among dignitaries who joined the ever-dwindling group of veterans who took part in the operation for the annual commemoration event.

The augmented city: how technologists are transforming the Earth into theater