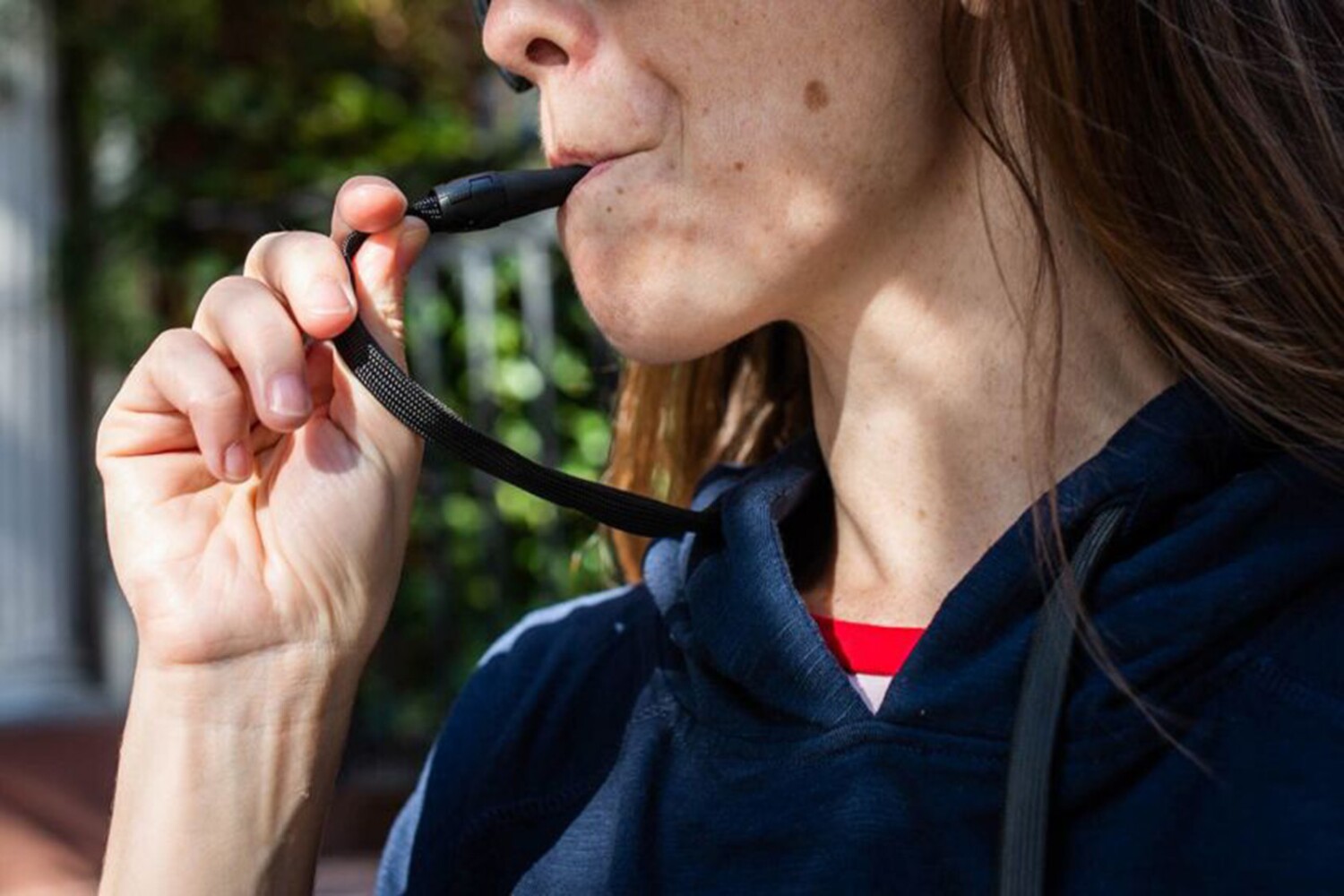 With public health officials scrambling to understand a mysterious lung affliction linked to electronic cigarettes, a new survey of American teens suggests that the behavior tied to the deadly illness has spread at a historic rate.

In a yearly poll of U.S. high school students, 14% of 12th-graders acknowledged they had used an e-cigarette to “vape” marijuana at least once in the past month. That’s nearly double the figure from the year before, when 7.5% of high school seniors said they had vaped marijuana in the past 30 days.

In the 44 years that 12th-graders have shared details of their tobacco, drug and alcohol use with public health researchers, only one substance has taken hold more quickly: The share of high school seniors who had used an e-cigarette to inhale nicotine in the previous month jumped from 11% in 2017 to nearly 21% in 2018.

The new findings come from a national survey of more than 40,000 eighth-, 10th– and 12th-grade students enrolled in 396 public and private schools across the country. Conducted by the University of Michigan and funded by the National Institute of Drug Abuse, the annual Monitoring the Future report is designed to create a yearly snapshot of drug and alcohol use among American teens.

The survey has inquired about drinking, smoking and illicit drug use for decades. In recent years, students have been asked about newer habits such as opioid abuse and vaping. The answers, provided anonymously, constitute a benchmark to detect how fast these trends grow and whether they are responding to public health initiatives.

The rapid embrace of electronic cigarettes by teens — a demographic that had virtually abandoned tobacco and for whom the purchase of vaping products is technically illegal — has reshaped the landscape of risk among American youth. It has revived an addiction to nicotine that was on the cusp of disappearing in their age group. And it may be escalating the use of marijuana, a drug already used at least once a month by roughly 1 in 5 high schoolers.

Medical researchers are uncertain about the long-term health effects of nicotine addiction on a fast-growing population of young users. And they’re unsure how much the vaping of marijuana is widening the use of a drug that’s linked to poor academic performance and worsening mental health.

“But I don’t really want this generation of kids to be the ones where we find out,” said Dr. Wilson Compton, the deputy director of the National Institute on Drug Abuse, or NIDA.

Public health experts are divided over the wisdom of allowing e-cigarettes to stay on the market. It’s almost certainly less dangerous than smoking traditional cigarettes, and it may be an effective way to help smokers kick the habit.

But for teens who are unlikely ever to have smoked cigarettes in the first place, the availability of e-cigarettes dangles a temptation that’s too alluring for many teen brains to resist. It’s novel, it’s legally off-limits to minors, and it’s not their parents’ cigarette. That it delivers an addictive substance keeps them coming back — and studies suggest it makes them easier prey for cigarette manufacturers down the line.

In September, the Monitoring the Future team project reported that in 2019, 25% of 12th-graders and 20% of 10th-graders said they had vaped nicotine within the past month. So had 9% of eighth-graders.

President Trump has said he’s considering some restrictions on e-cigarette flavorings, which are widely thought to attract younger users. In a White House meeting last month, Trump said he was seeking to strike a compromise among concerned parents, vape store owners fearing the financial effect of a flavorings ban, and former smokers who might turn to the black market if flavors were withdrawn.

“These products introduce the highly addictive chemical nicotine to these young people and their developing brains,” she said in September. “And I fear we are only beginning to learn the possible health risks and outcomes for youth.”

In the first six months of 2019, when 42,531 U.S. students were filling out their Monitoring the Future surveys, there was little to no public recognition of the condition known as e-cigarette, or vaping, product use-associated lung injury, or EVALI. Noticeable numbers of patients didn’t start appearing in hospitals until early June, and the connection to vaping wasn’t immediately clear.

At that point, researchers and public health officials had already expressed strong concerns about the potential health risks of vaping generally. But it’s unclear whether the rising toll of EVALI has curtailed teens’ vaping habits since the survey was conducted.

“The track record of fear being a motivator of teens’ changing their behavior is not that good,” Compton said. If vaping’s popularity has indeed begun to lose its allure to teens, that may not be evident until next year, he said.

What is clear is that nicotine addiction has become a reality for many teens. Asked why they vape, 8.1% of the 12th-graders who have vaped in the past 30 days responded that they do so “because I am hooked/have to have it.” That’s up from the roughly 3% in the previous year who acknowledged feeling dependent on nicotine’s buzz.

2019 was the fifth year in a row that researchers have asked teens what motivates them to use e-cigarettes. The most frequent responses among 12th-graders were a desire to “check it out,” the appealing taste and that vaping had become part of relaxing, relieving tension and hanging out with friends.

Teens’ ardent embrace of a nicotine-delivery system raises a worry, Compton said: When the vaping of nicotine becomes a normal and accepted practice, it may not feel like such a consequential further step to vape marijuana.

“It may represent an opening for a broader use of substances,” he said. “Almost any substance can set the tone for increased use by teens.”